Hello Amig@s! There is a unique RUM and a unique drink that is made with it which unites sailors from all over the globe as they down it after or during a long day at sea…

We are of course talking about Bermuda’s pride Gosling’s Black Seal® Rum and our beloved cocktail the now famous Dark ‘n Stormy®!

Before we continue I must remind you that if the Dark ‘n Stormy®  is not made with Black Seal® Rum then it is NOT a Dark ‘n Stormy®, it is simply RUM with ginger beer.

Back in 1806 James Gosling the son of a wines and spirits merchant left England on its way to America. After 91 days they ended up in St George’s Bermuda where he settled and started his business. Years later their business known as Gosling and Son, was renamed Gosling Brothers, and 3 years later the first oak barrels of rum distillate arrived in Bermuda. Soon after, the distinctive black rum destined to be Black Seal®, was created and offered for sale.

It was not called Black Seal® at first. People will bring in bottles for a fill up of “Old Rum”, because of its distinctive smoothness. Later on it was sold in champagne bottles, and the corks sealed with black sealing wax. After that people asked for the “Black Seal”. Many years later it became the “Black Seal®”.

In 1999 Black Seal® won the PLATINUM MEDAL at the World Spirits Championships, with a score of 96 out of 100 points. People refer to it as “superlative, deep, assertive and highly flavoured, very fragrant with herbal sharpness. At the finish there is a softness and elegance. A most complex, unusual spirit”.

Gosling’s bicentennial year was 2006, that year they honored local  Bermudians who had reached 100 years. The family and their business have seen a lot of changes in Bermuda. Their philosophy for 7 generations has been that if you have something remarkable and unique, why mess with it?

Black Seal® – their flagship 80 proof Bermuda Black Rum. This is the rum that is mixed with Bermuda ginger beer to create the signature Dark ‘N’ Stormy® drink. 140 and 151 proof renditions of this product are also available.
Gold Rum – their amber rum offering, with lighter color and flavor profile.
Old Rum – Know as “Gosling’s Family Reserve”, this is a Bermuda black rum made of the same blend used for Black Seal rum, aged longer, specially packaged, and designed to be enjoyed on its own. 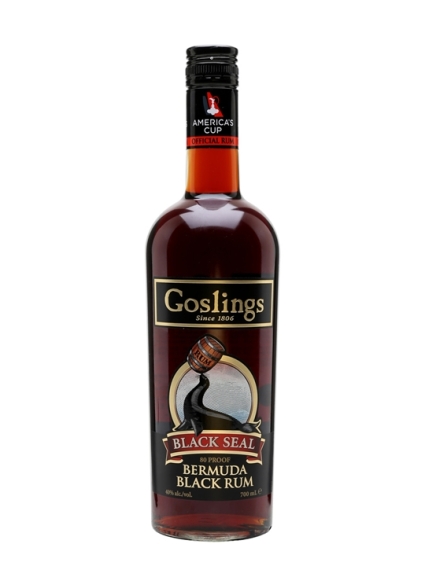 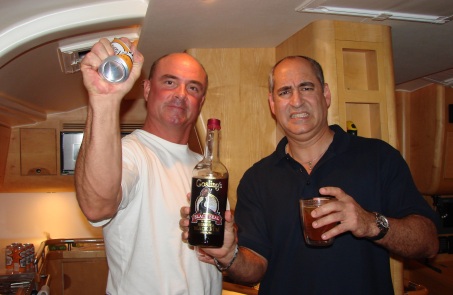